What a bunch of fearless leaders we have had as our Camp Crew! We created Camp Crew to give individuals of every ability a chance to thrive in a leadership role where they can create, plan, and lead activities throughout the week with their unit of assigned campers!

It gave our participants a leadership title, role, and a chance to lead, which in most cases, is not the case in the working world.

Each of our Camp Crew demonstrated growth, took a stab at a unique position at summer camp, and made so many new memories as Camp Crew members! 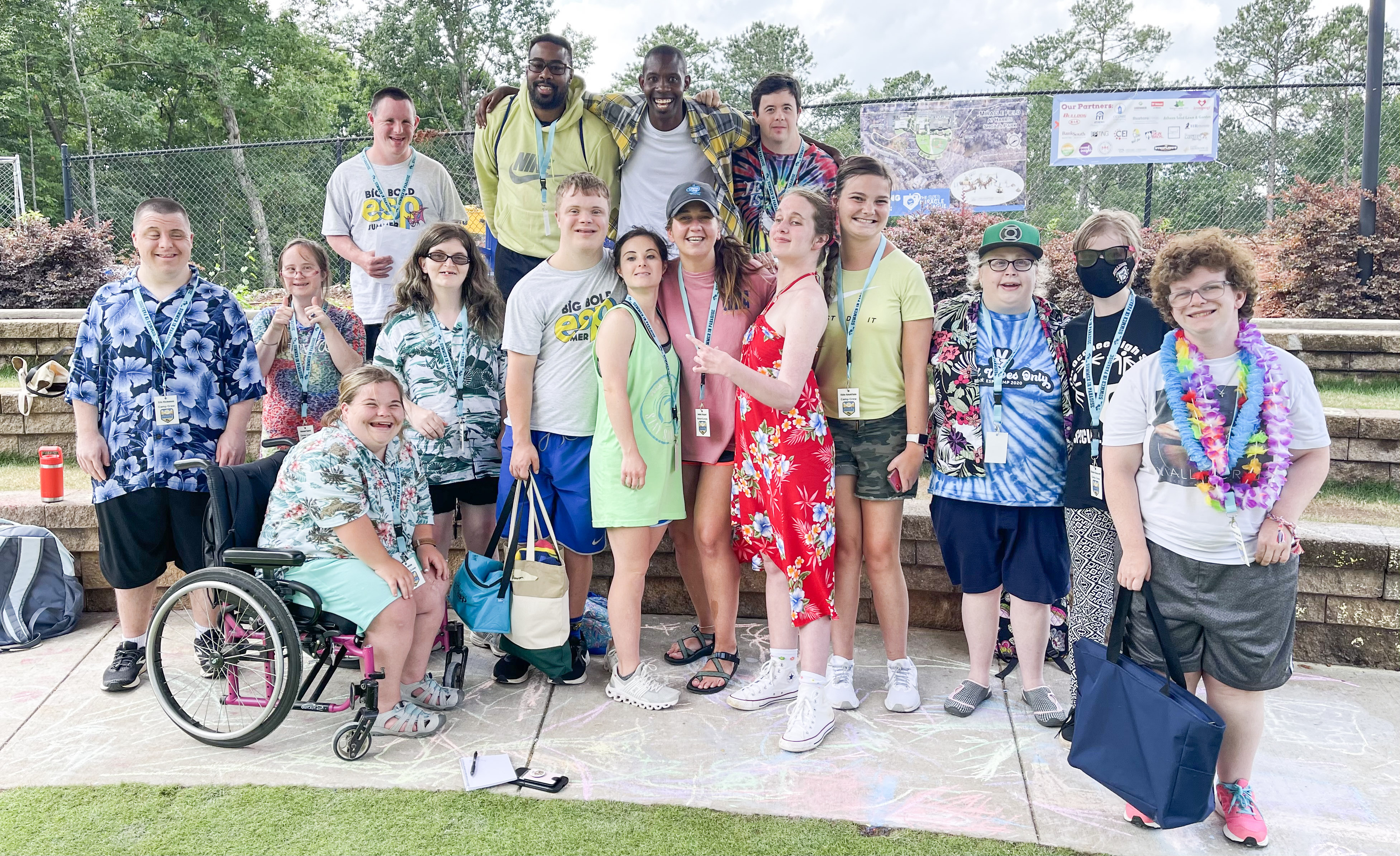 Crew has Given a New Meaning of Camp for Participants

Kimi was thrilled to take on Camp Crew because she claims it’s the “best year of summer camp she’s ever had” and that she “feels like it’s a dream” because all she’s ever known is attending as a camper. The best part of summer camp for Kimi is swimming in Sandy Creek because she “likes to swim with her best friends in her unit,” and cheers them on to get into the water with her!

One day, she was swimming with all of her campers and she was the last one to get out because she didn’t want to leave! She’s always there to lend a helping hand when anyone needs it, and we’re thankful to have her on the crew! 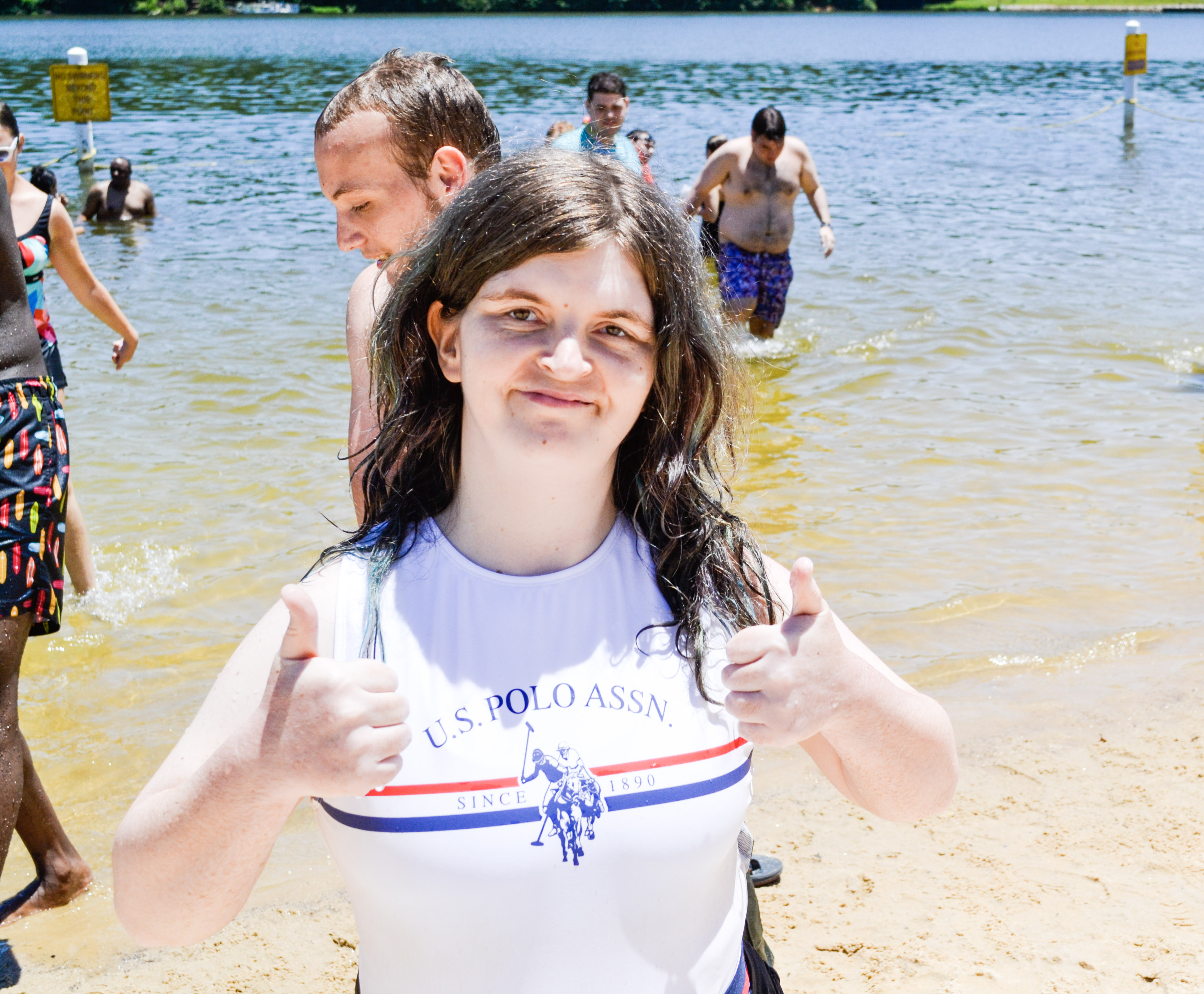 Aaron is a participant who has been coming to ESP for many years, as he comes to 360 afternoon programs, our Corps adulting classes, and now Camp Crew! He is known around here for leading the most hype Flag songs and encouraging his friends to jump in the middle with him.

Camp Crew means to Aaron that he has the ability to lead people which he is great at doing! Previously, in our 360 afternoon programs he would teach a new Flag song to the other participants, so he is thrilled to be able to do that during summer camp too! 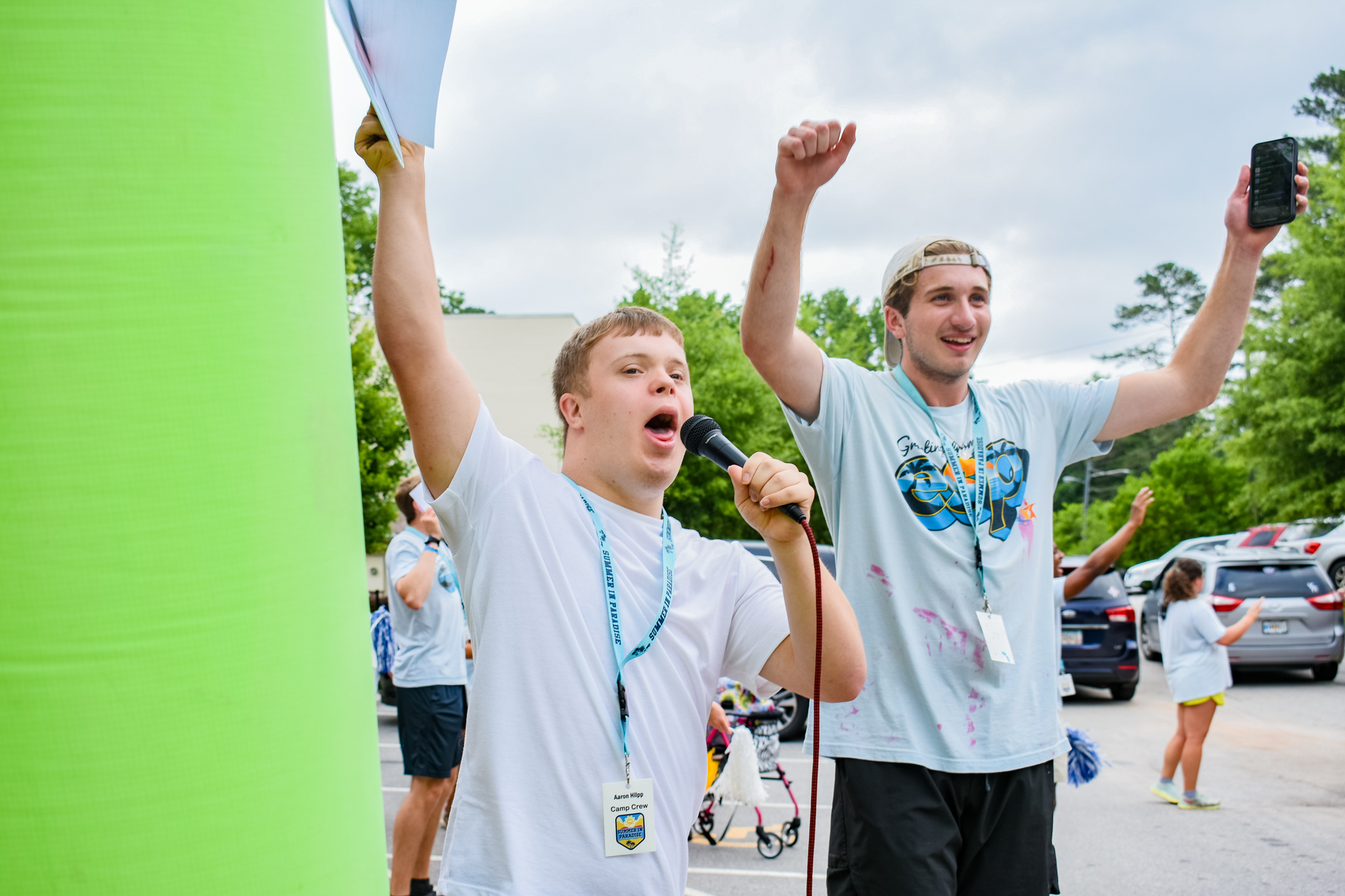 Emily, one of our longtime participants, and avid summer camper, was born for this role because she has natural leadership qualities, and has been on top of her scheduling on her clipboard every morning she arrives at camp!

During one of the Camp Crew meetings, Emily led the entire time! She is the definition of a girl boss, and influences her fellow campers to push themselves because she encourages people, as any leader should! 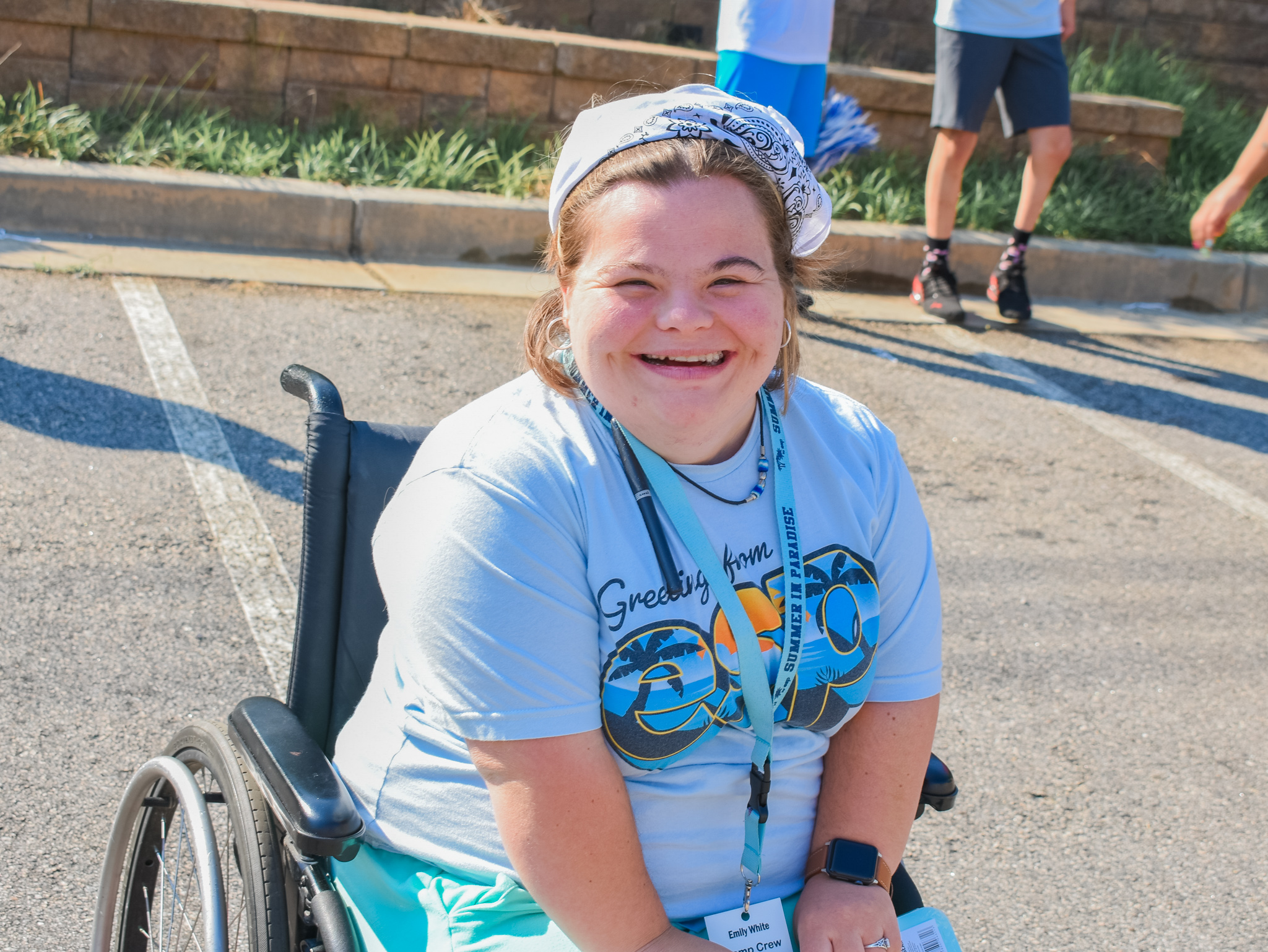 Hallie and her family have been coming to ESP events and summer camp for a very long time, and her charisma is what we all needed on our Camp Crew! She tells the best joke and has planned some really creative activities too!

Hallie said she’s really bonded with some of the campers in her unit because of their “shared love of Mulan.” Hallie rode in a go-kart at Funopolis and said “that was the fastest I’ve ever been anywhere in my life!” 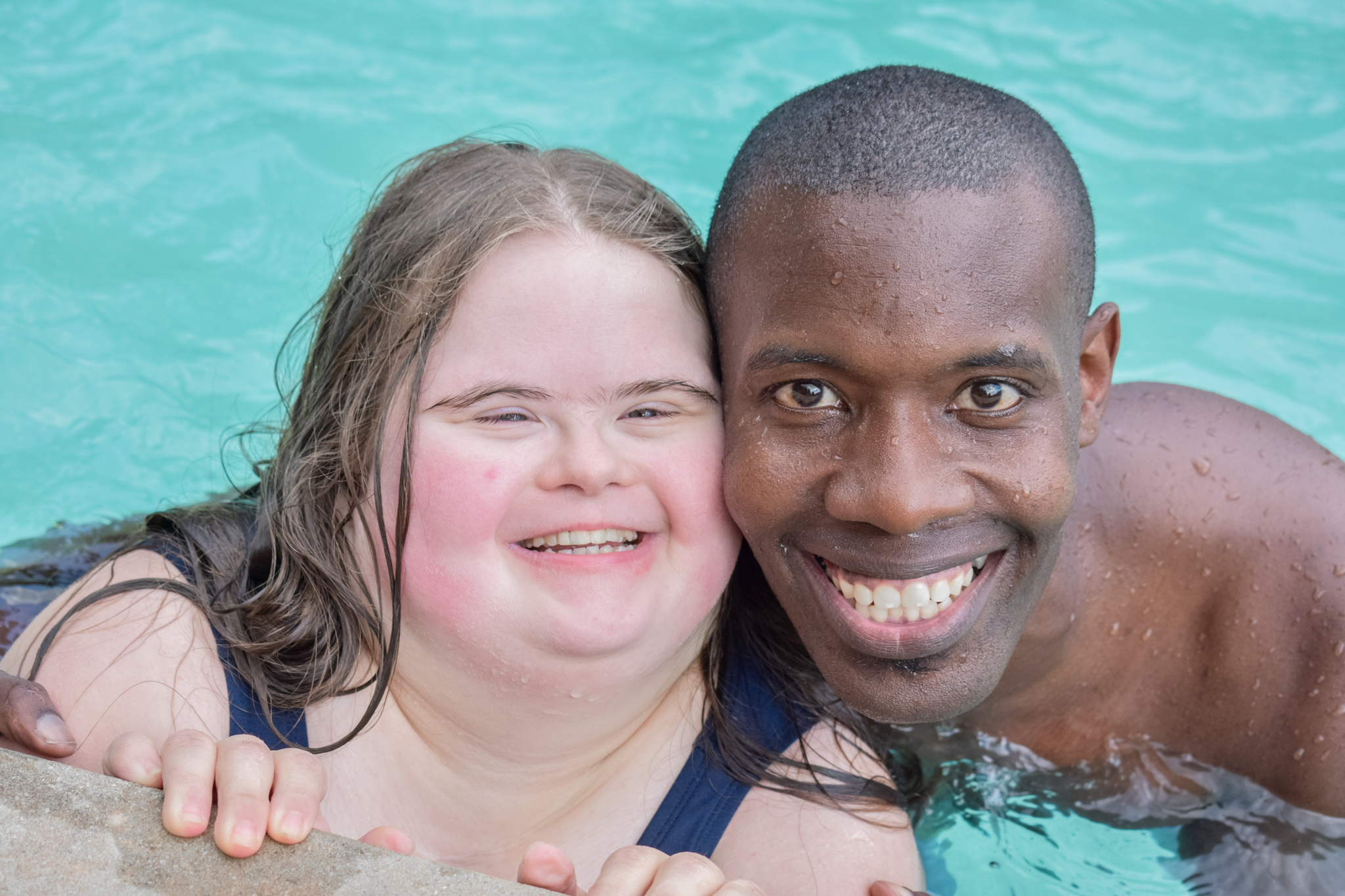 April has loved the Camp Crew opportunity because she feels professional holding her clipboard and checking off her unit’s accomplishments for the day! She works hard as a Camp Crew member and is also one of our incredible Joyristas serving with Java Joy! She has utilized her conversational skills, and has improved her leadership skills by being in this position! She was paired with the youngest unit and said that one of her favorite parts of her day was helping her campers with their goals. 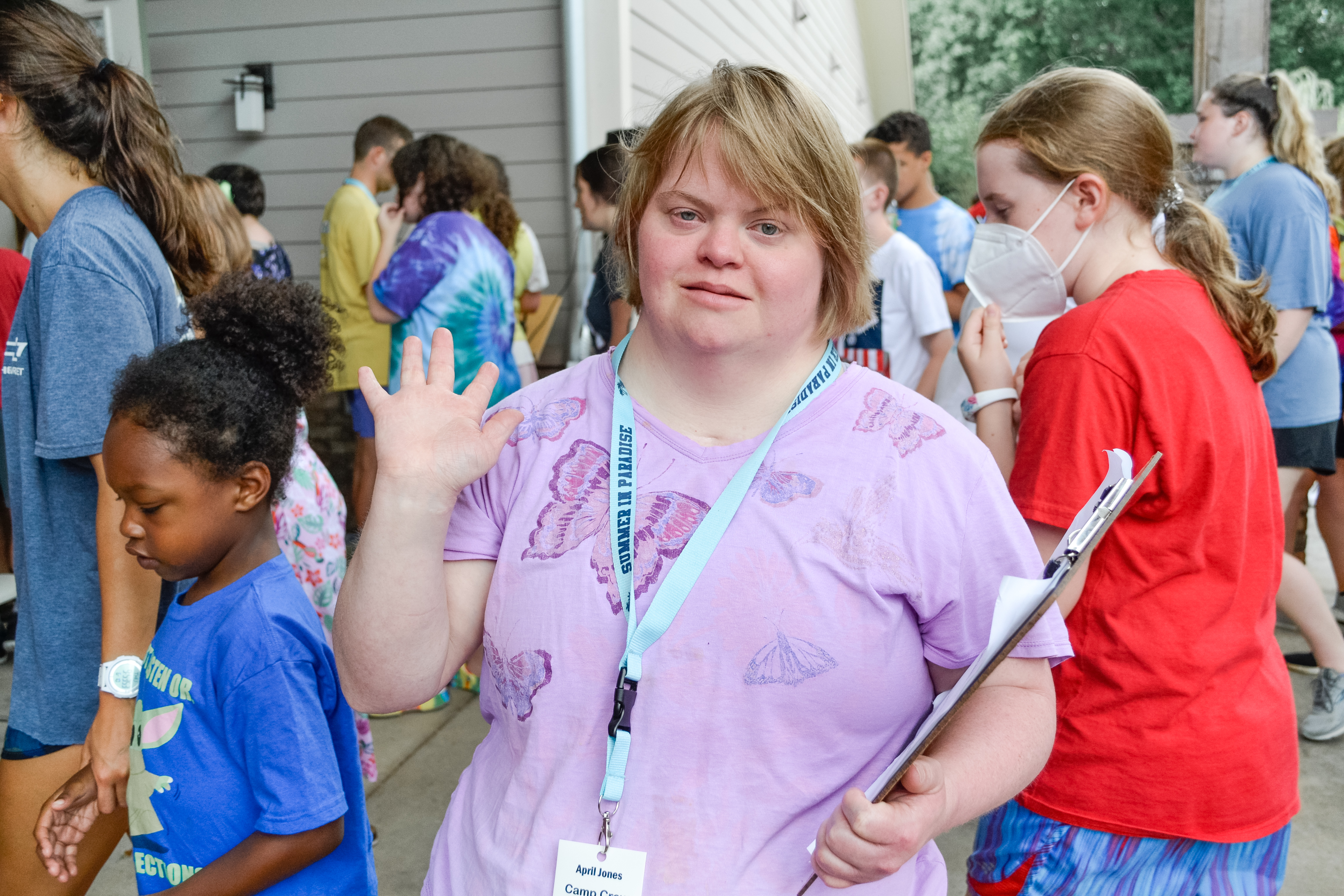 “I'm so excited to be on Camp Crew this year, it's such a new experience for people who have been coming to camp for a while. It's like I'm a camper, but with an added bonus of getting to plan things too with my close friends,” says Stephanie, a familiar face to all of our campers and staff because of her warm personality. She is so friendly and lights up any room that she’s in. 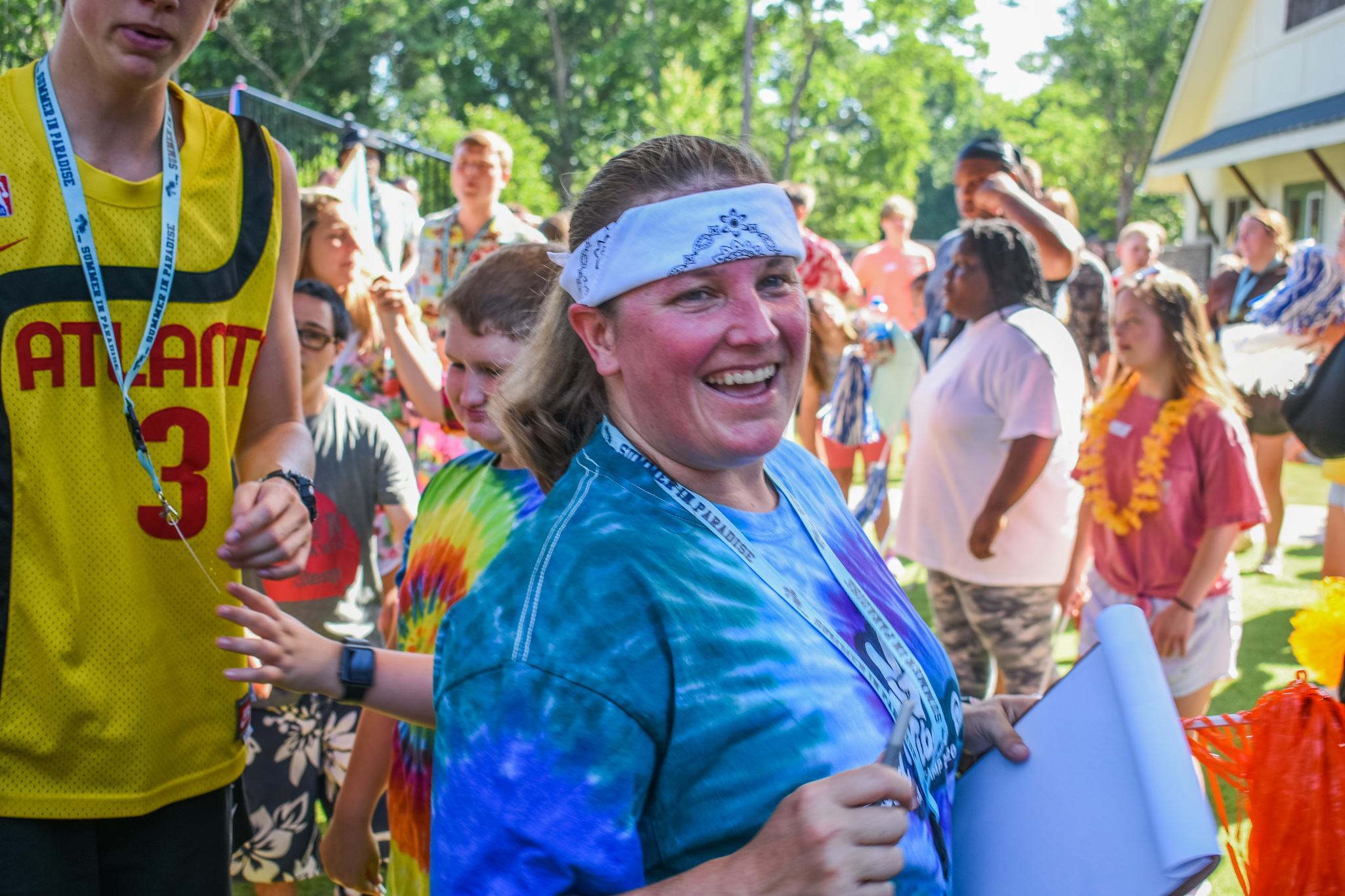 Seeing the Growth in Crew

Each one of these Crew members has thrived in this role by demonstrating the leadership qualities that they all have. We look forward to making this position a regular part of summer camp, because it has blown all of us away with all that this Crew has accomplished in such a short span of camp. We still have our weeks left, and we can’t wait to share the slice of paradise, Camp Crew adventures, with you! 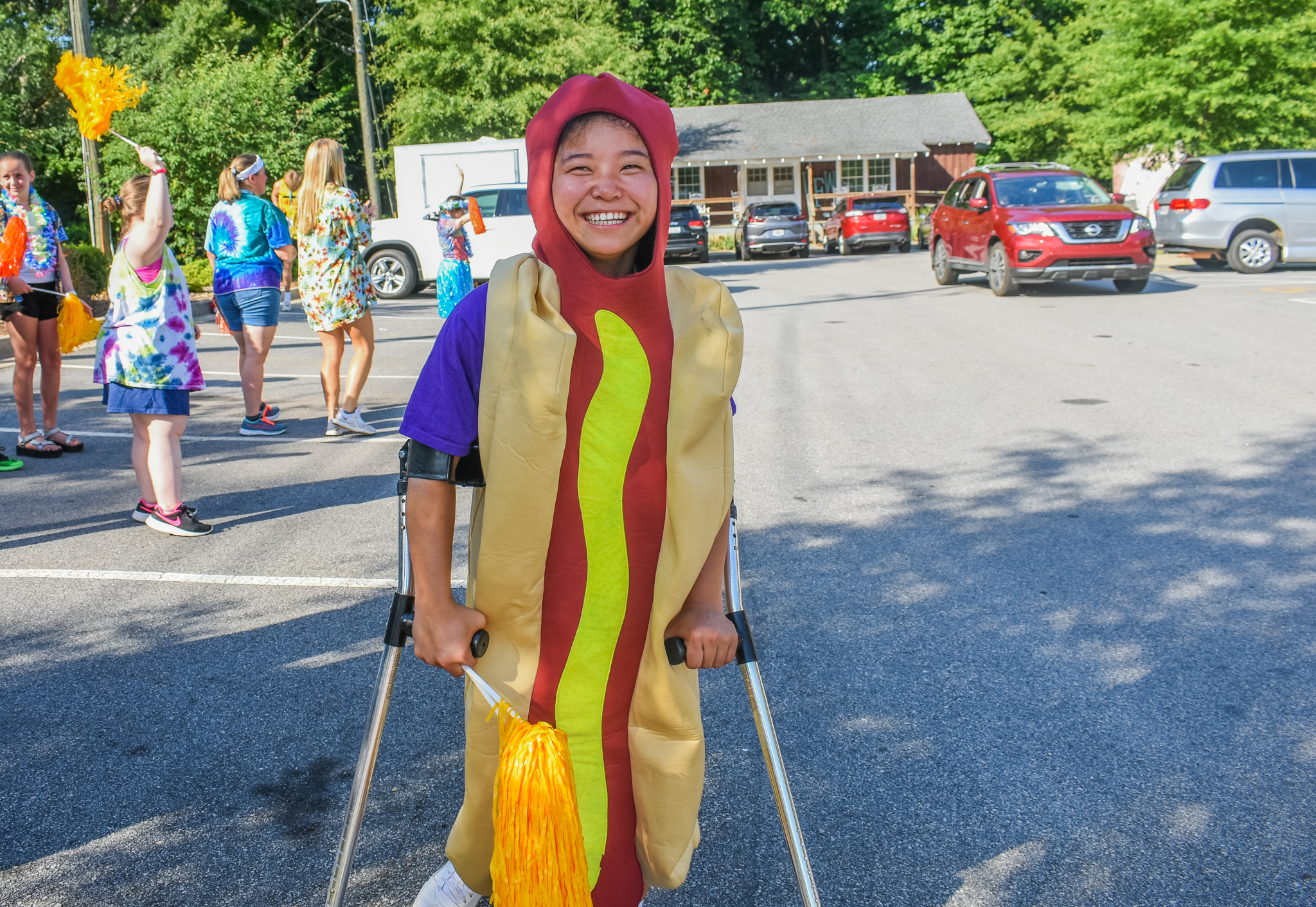