Week 7 was so sweet to us in paradise! We shared every moment together, and that made it that much harder to say “see you later” at the end of the week. From bouncing on the trampolines at Rush Athens Trampoline Park, to beating the heat in the water with friends, we tasted the full effects of paradise this week with the people we love most: our campers! There’s something to be said about the confidence that grew, the independence that sparked, and the friendships that were made this week have inspired us to realize that this is what camp was created for. 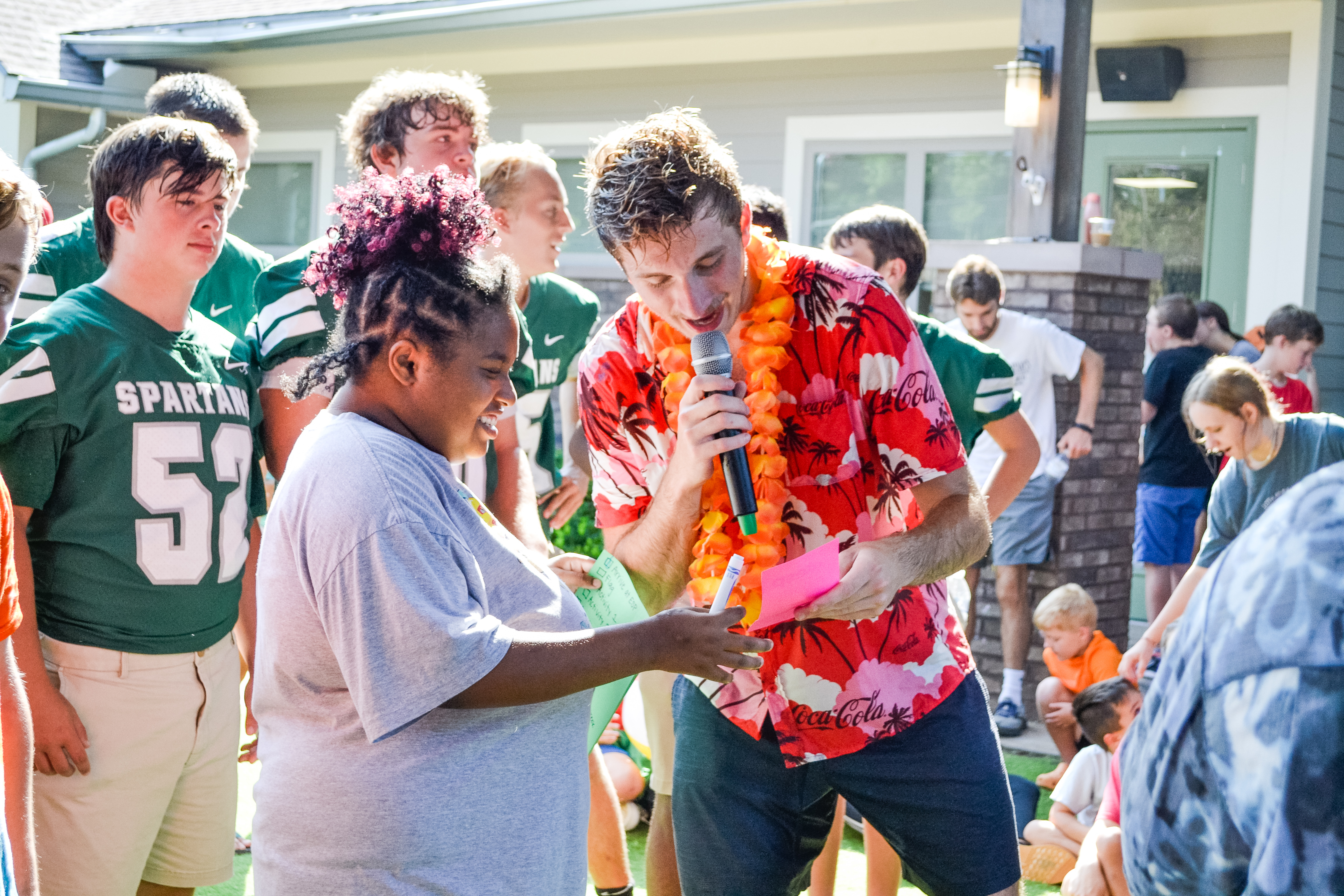 Matthew Got a Bullseye!

Matthew is a long-time camper, and was paired with his buddy, Lexi this week, who he knows very well from afternoon 360 programs. This summer though, Matthew was able to experience the magic of Adventure Camp for an entire week with Lexi, and they overcame all obstacles, and conquered every activity as a team. On the very first day of camp, Sarah, the unit leader of Adventure Camp asked Matthew if he liked Archery, and his answer was not very indicative that he wanted to try it out later on in the week.

Then came Wednesday morning, everyone from the red team walked up towards the top of the hill at Camp Hooray where the bullseyes were. The entire time they walked Matthew kept telling Lexi he wasn’t interested in trying archery. Then, one of his good friends Chase who was also at Adventure Camp cheered him on and exclaimed “Go Matthew, you can do it!” as loud as his voice would carry, because people at the bottom of the hill could hear Chase cheering Matthew on! Matthew took one look at the bow and arrow, and looked at Lexi and picked it up without hesitation.

This confidence was surprising, but it energized everyone that was on top of the hill to chant his name altogether, as any team would. The first shot he barely missed the tarp, but the second shot he had his heart set on a bullseye! You could see it in his eyes, all of a sudden you hear the arrow hit the tarp, and victory! Confidence has the power to defeat all worries, and that’s exactly what happened at Adventure Camp for Matthew. 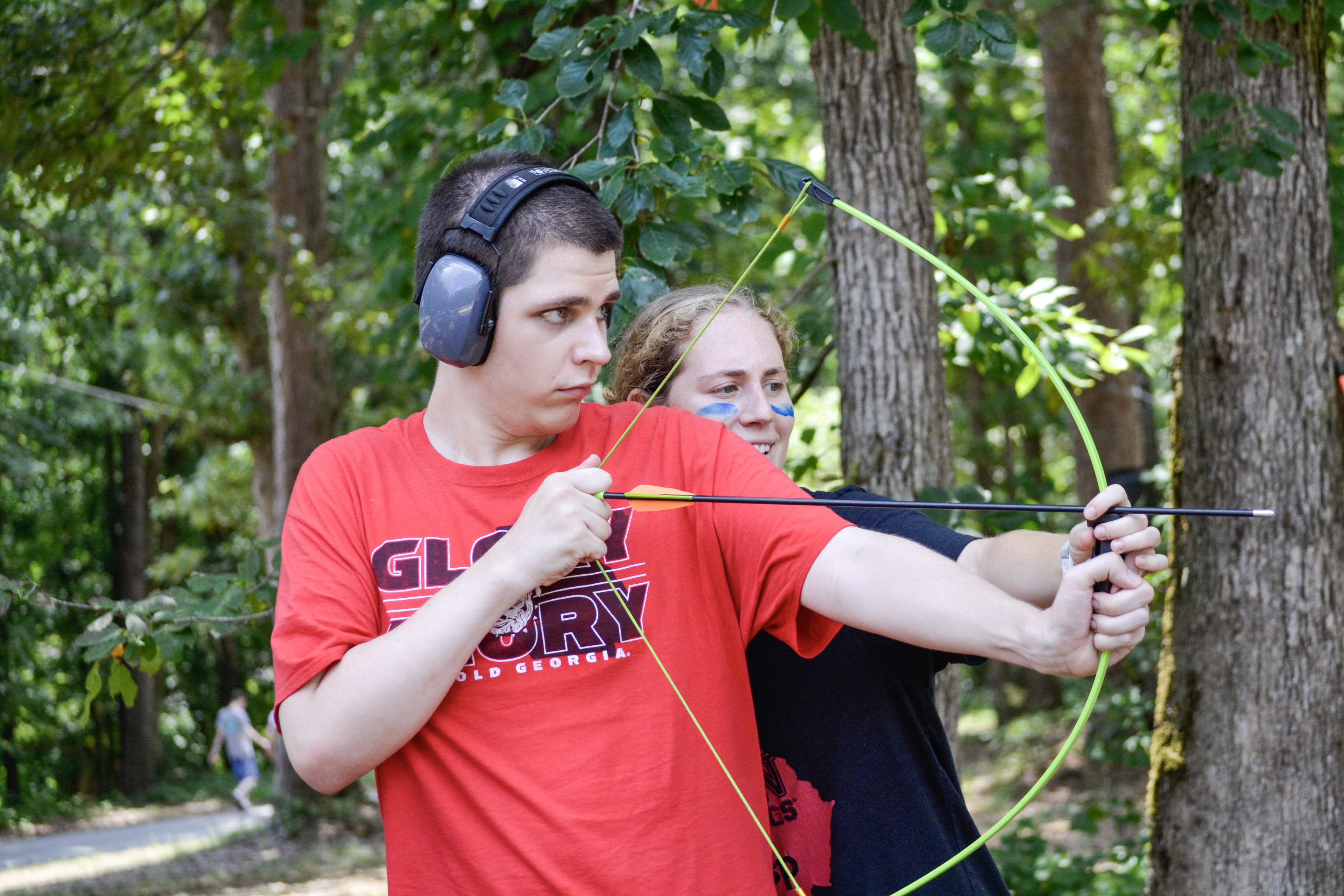 Locklyn has been a participant at ESP for as long as we can remember, and her family is the sweetest. This past week at summer camp, it reached record temperatures in Georgia, so how did the youngest unit combat these rising temps? With a pool of course! It’s one of Locklyn’s favorite pastimes because she feels like a mermaid in the water. She looked right at her friend, and sprayed her to cool her off with her water gun- just as she did to all of her unit leaders as well! It was an activity to remember because Locklyn’s face said it all- she never wanted to leave the pool, and who would? 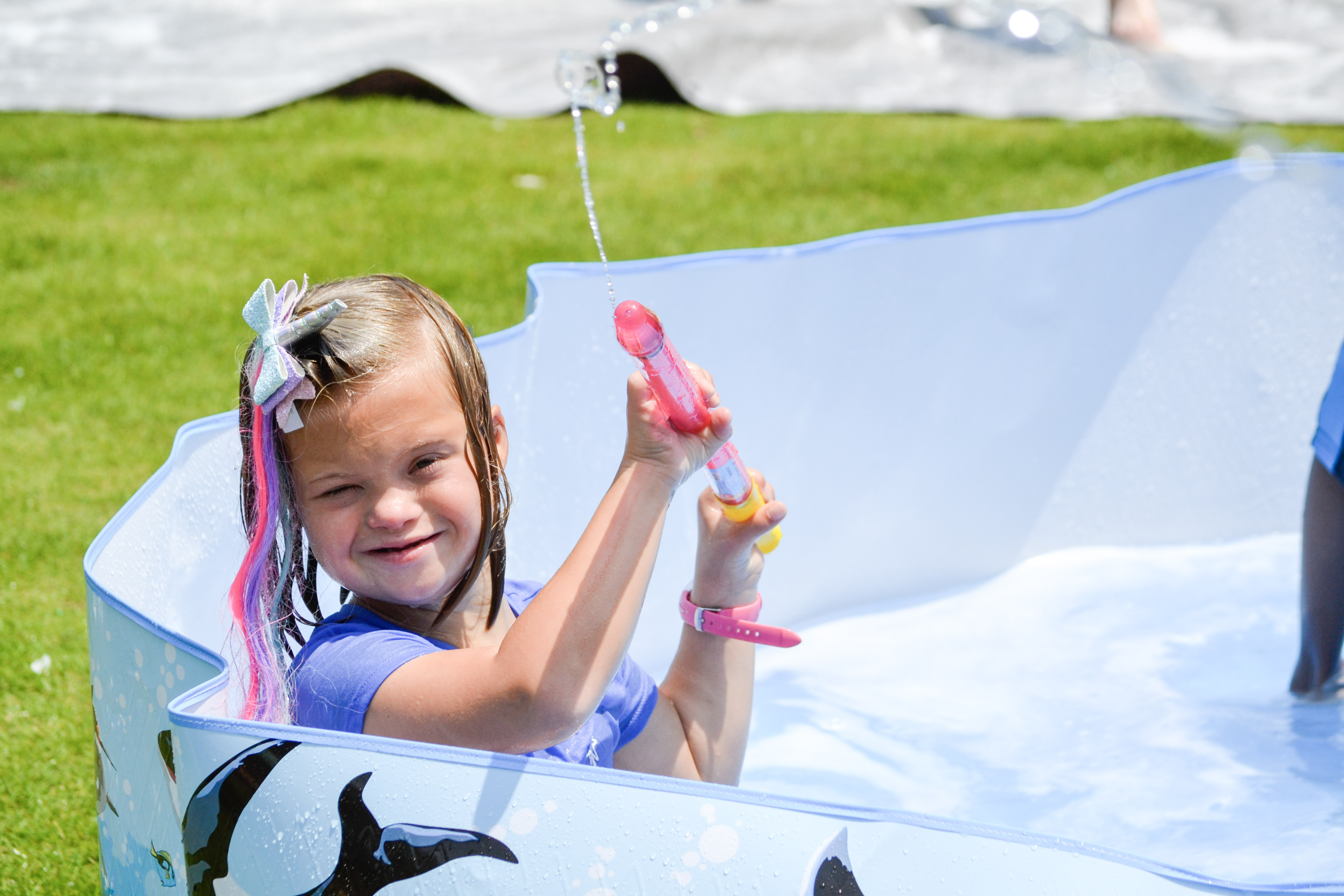 Laura: The Queen of Musical Chairs with a Twist

Laura, one of our most musically talented campers, and avid summer lover, won musical chairs this past week at camp and the crowd went wild. It came down to two campers, but Laura was determined to win. She took the challenge and had the most positive outlook on it too. After she had won, she shook her final opponent’s hand as she took the seat first.

Even though she won, she still wanted to congratulate her friend for making it to the end with her! This is what summer camp is all about to ESP. Friendships are born, and strengthened through activities at summer camp that make you laugh, go out of your comfort zone, and even relax! Our campers had a blast with musical chairs, but wait, there was a twist! The person who won got an entire bucket of water dumped on them, which to Laura was a win in itself! We beat the heat, and had the best time doing it! 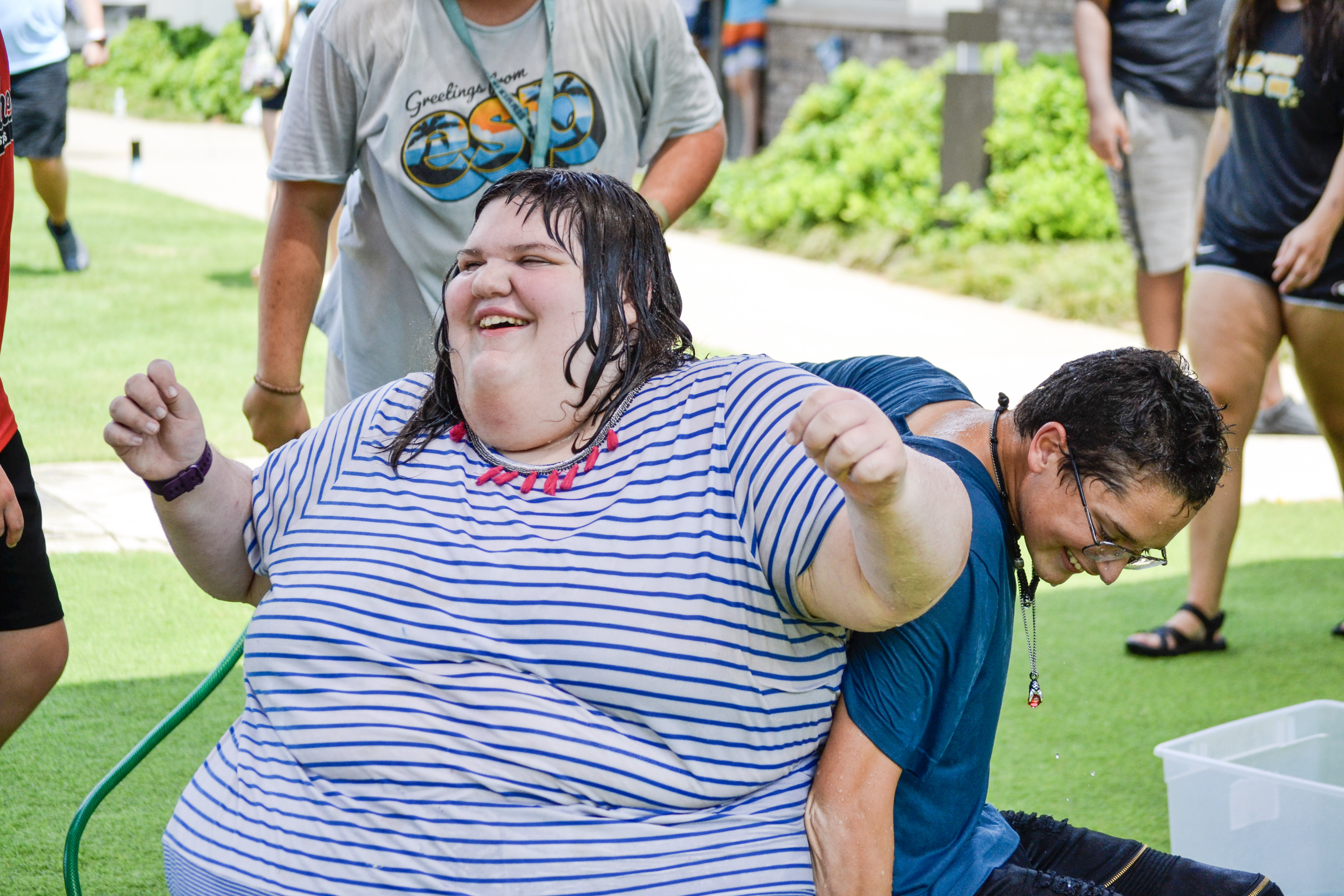 As long as Alan has come to ESP, the summer staff had never seen him thrive like he did on the last day of Adventure Camp last week. Instead of tubing in Helen like previous weeks, the staff decided to take a trip to Rush Athens, a trampoline park close to the ESP building. Needless to say, campers had the time of their lives bouncing away, doing tricks, and feeling free.

Alan, a familiar face to ESP, absolutely loves trampolines, and the staff got a little taste of this at Adventure camp when he pointed his way to the trampoline at Hooray. At Rush Athens though, there was joy that radiated from within him when he saw how many trampolines there were. It was a real life dream that came to reality for him. His buddy, Sydney, couldn’t believe how hard he laughed because it was the first time he had the freedom to bounce wherever he wanted to. Summer camp facilitates freedom for our campers, and this was a moment where we definitely witnessed that.

Bouncing our Way to our Final Week of Camp

CTL is happening this week, and we cannot wait to share all of the stories, photos, and videos that showcase all that our campers accomplished. Within a week of camp, our campers can learn new skills, try new enrichment activities, and even star in a talent show at the end of the week! NKA CTL will be one to remember, we can already feel it. Stay tuned for our final week of camp! Paradise has been so good to us, and we are extremely proud of all of our campers for what they’ve conquered this summer. 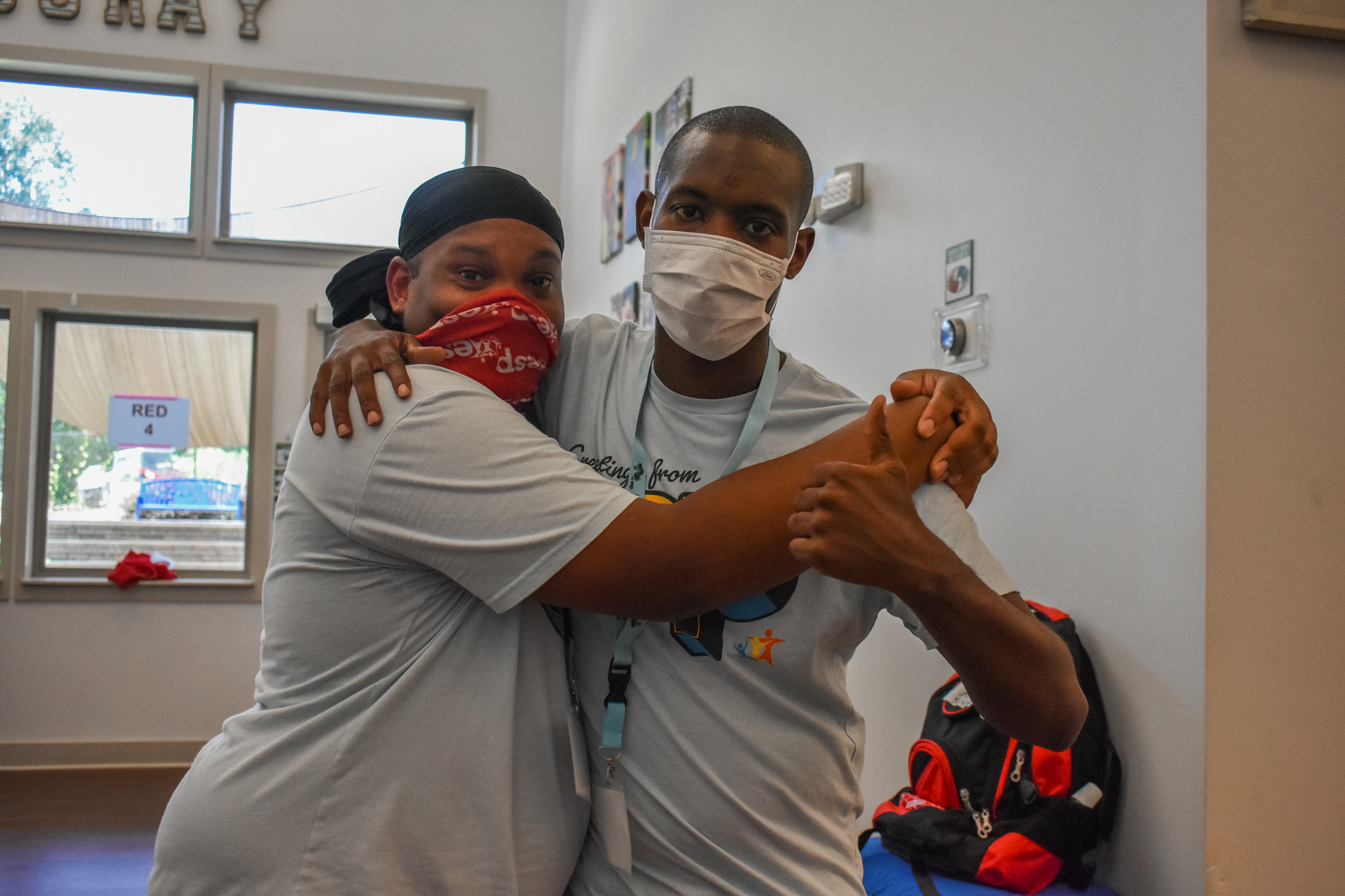