In our No Kids Allowed field trip week this summer, our adults took a tour around Georgia to visit all kinds of cool places in Helen, Athens, Gwinnett and Austell! 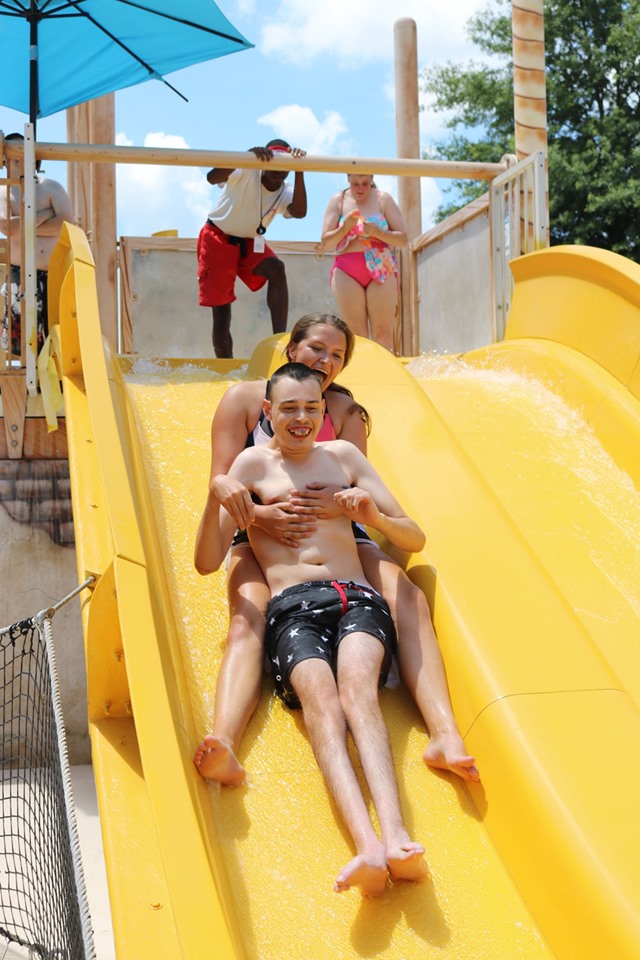 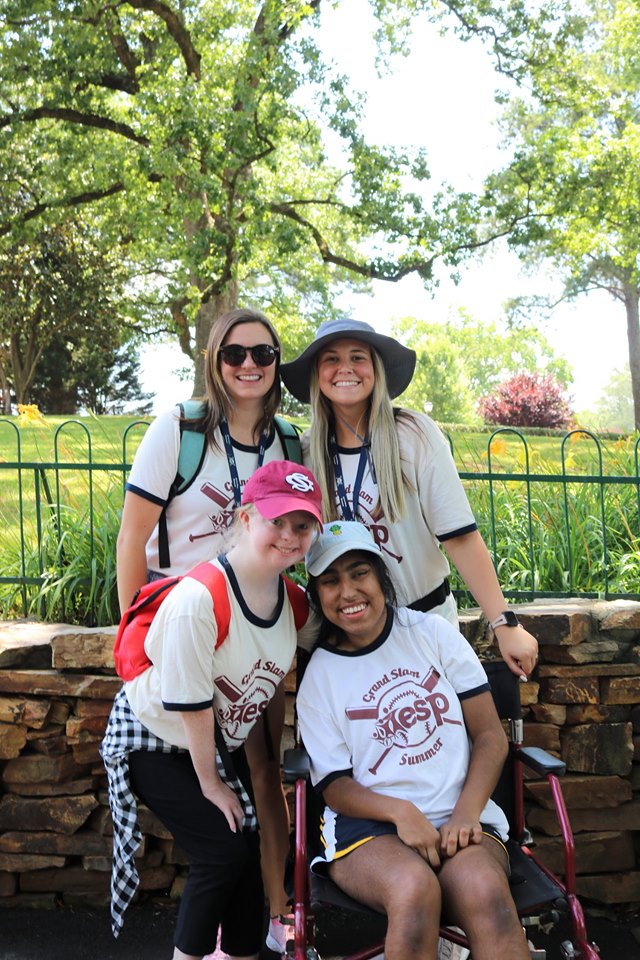 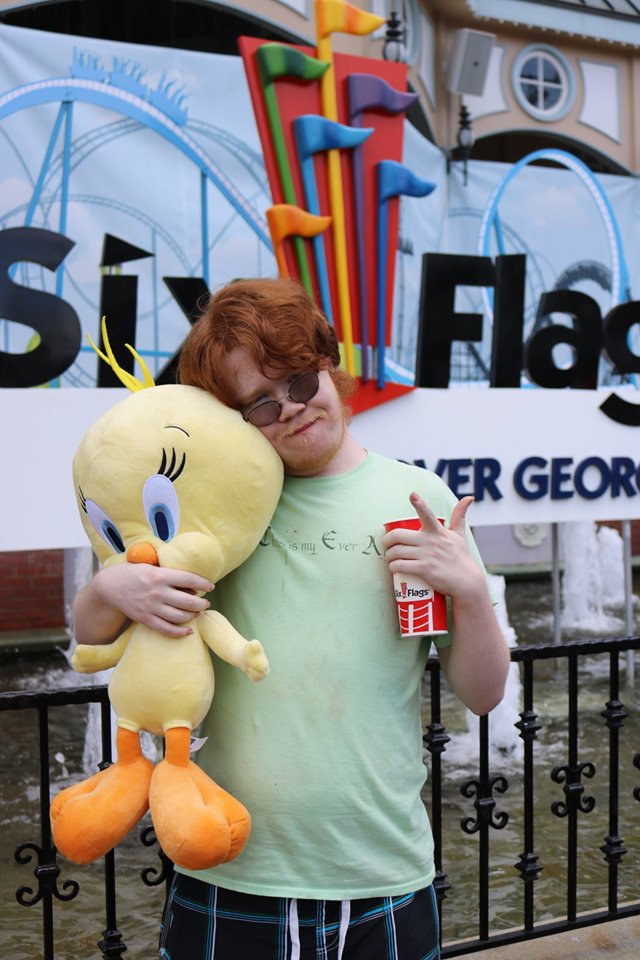 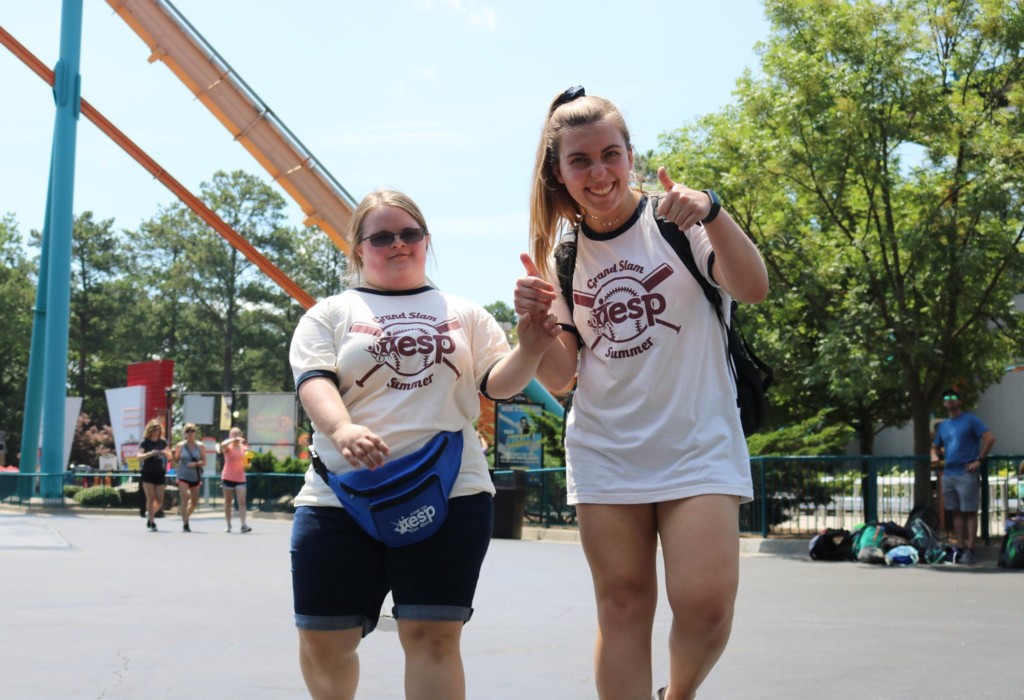 First up, our campers headed to Austell to visit Six Flags. Some of the most popular rides were the Dahlonega Mine Train, Monster Mansion and Goliath!

“Thomas’s buddies carried him all the way up the stairs at Hurricane Harbor so he could slide down the slide twice! It was such an incredible example of how ESP provides accessibility to moments for each camper,” says Daniela Conroy who witnessed the sweet moment between our buddies and their camper.

Buddy, Caroline Lumpkin, told us about Megan and her great time at six flags: “Megan was talking all day about going on the swing. We didn’t make it to the swings until the end of the day, but she was so happy! It was the biggest smile I had seen from her all day.”

Riding roller coasters wasn’t all the fun though. Brian B. found himself a new friend as he purchased himself a stuffed Tweety Bird. Brian didn’t even have to ride roller coasters right away for his Six Flags trip with ESP to be extra special! 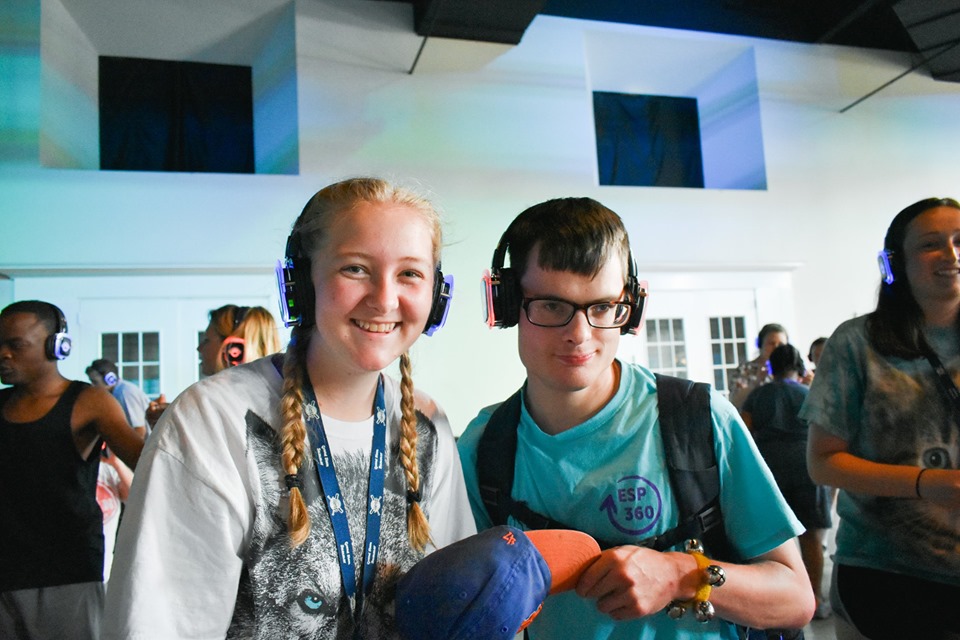 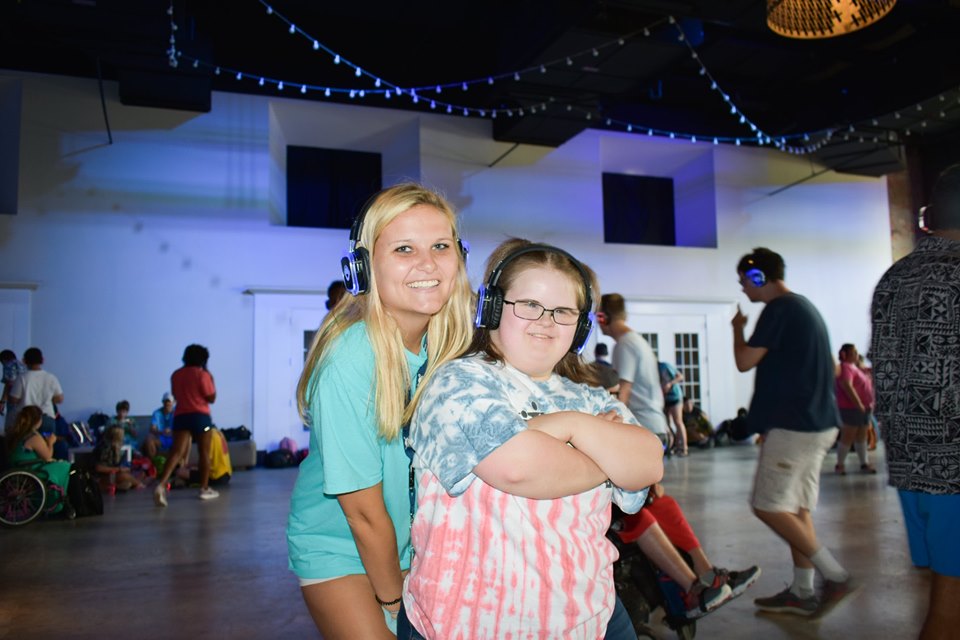 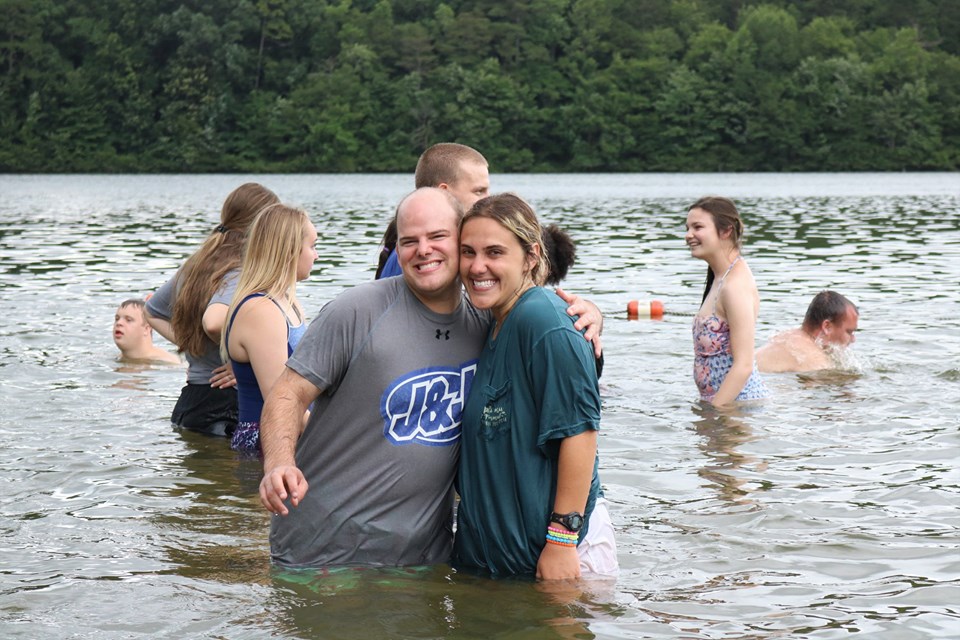 On Tuesday our campers stayed local by heading to the Athens Cotton Press to boogie the morning away with silent disco. There were three channels that campers could choose from including one that was just song requests from our campers! Some group favorite songs were “Old Town Road”, “Church Clap” and “Don’t Stop Believing”.

Alan really loved silent disco! He even stepped out of his comfort zone and took off his hat to put the headphones on! His buddy, Charlie, was incredibly excited and proud of Alan’s enthusiastic participation; he just couldn’t fight the disco fever!

After silent disco and a quick lunch, campers headed to Sandy Creek beach for some fun in the sun! Abram, Amber and Clete played in the water together until summer storms moved in forcing us to evacuate the beach. Our campers were really flexible though, and we headed to Publix to get ice cream. It was our sweet ending to our second day of field trip week. 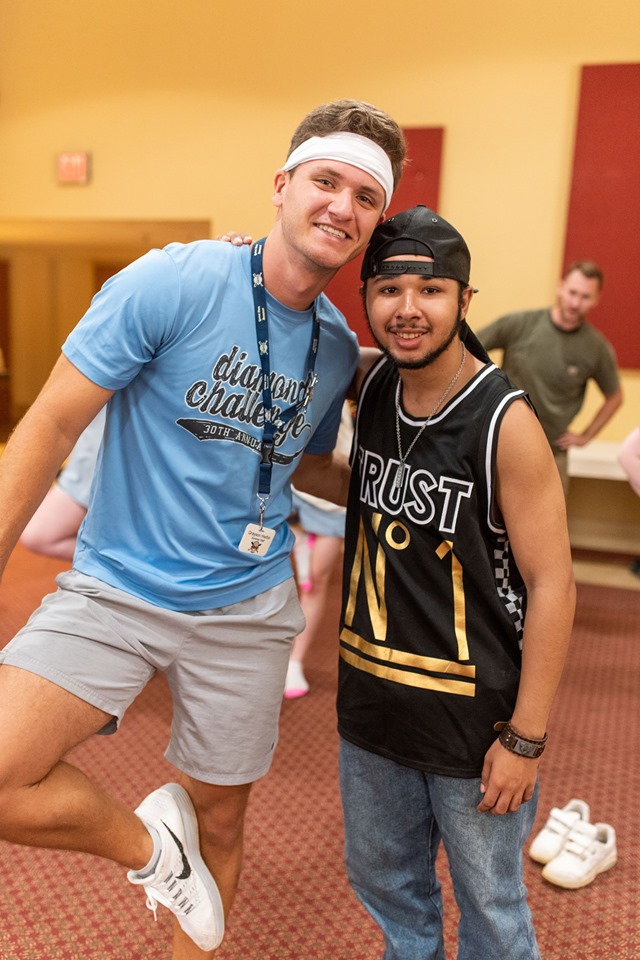 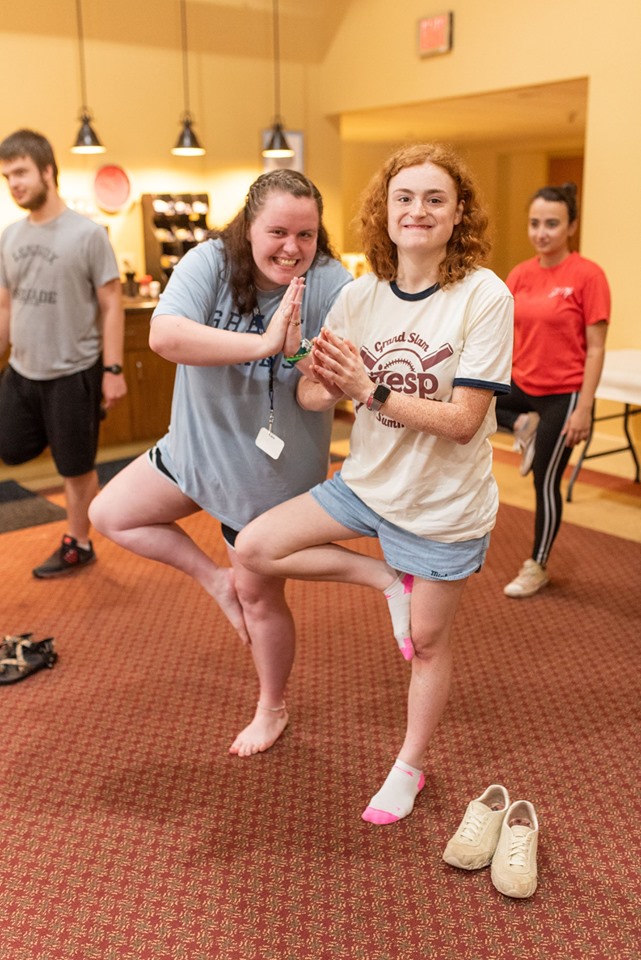 On Wednesday, we started the day by participating in three exercise classes. One of the classes was Zumba where campers had a great time dancing along to upbeat songs like “Happy”. Then campers got down to business in bootcamp class where they played basketball, jumped around, then ran through the rope ladder. To finish our active morning, campers headed to a yoga class led by our own Laura Graben. Hannah P. mastered the tree pose in yoga class! Clarissa, Anniston, and Brady also did really well at yoga and ended their active morning on a zen note.

In the afternoon, our campers headed to the movies to watch the new live-action Aladdin! Steffie loves movies, so she was really excited to go with her buddy, Carrie. “During the movie, Steffie sang every word to Prince Ali; it was awesome,” says Carrie. 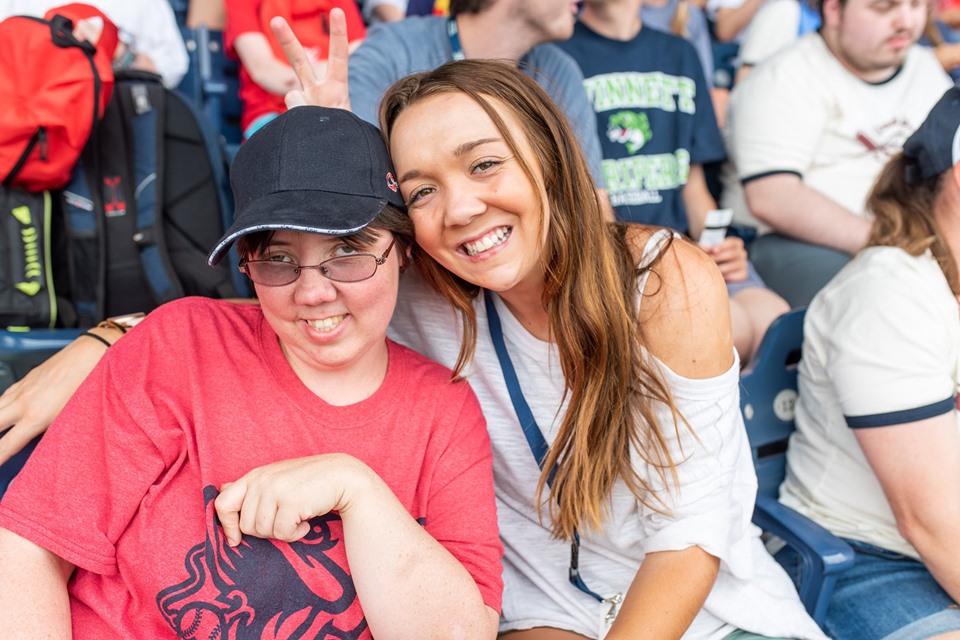 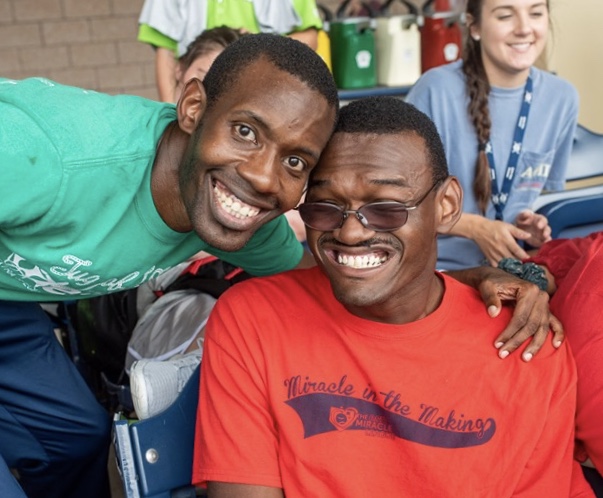 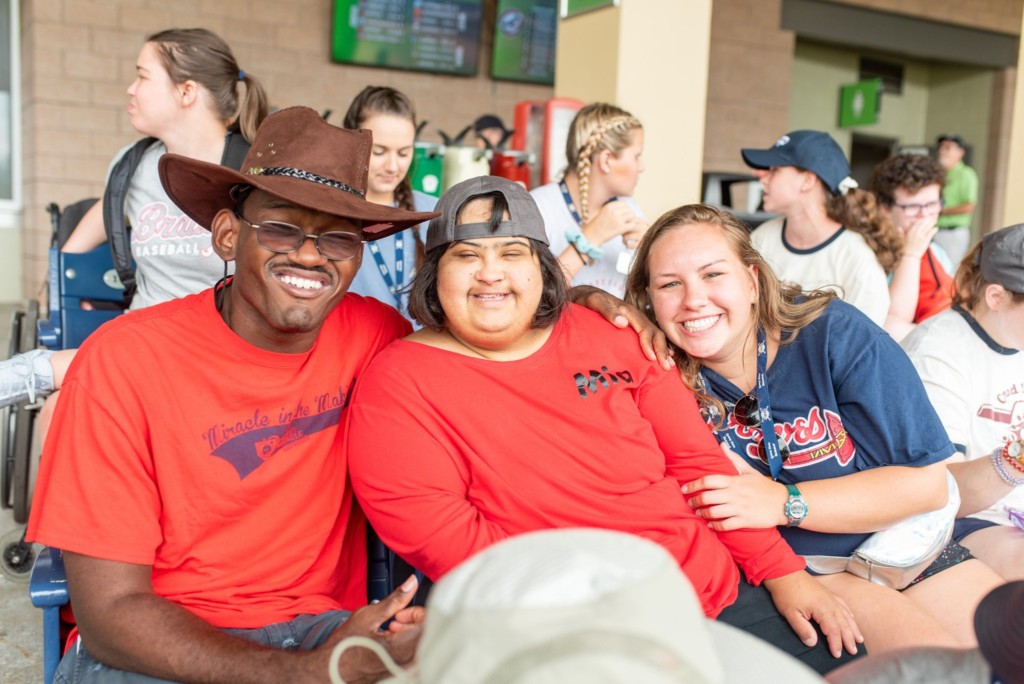 Our Grand Slam Summer wouldn’t be complete without a trip to the ballpark. On Wednesday, our campers headed to Coolray Field to watch the Gwinnett Stripers take on the Louisville Bats. The campers enjoyed a classic ballpark hotdog and hung out with their buddies until it started to rain!

Rain doesn’t stop ESP’s fun though as the whole crew began singing ALL of our flag songs to keep everyone’s spirits up. Heather and her buddy, Presleigh, helped lead a song to help entertain the fans!

Baseball means a lot to us here at ESP with our Grand Slam Summer and Miracle League project in the works to allow our ESPers to play their own game of baseball. A few of our future players got to learn some skills from the Stripers! 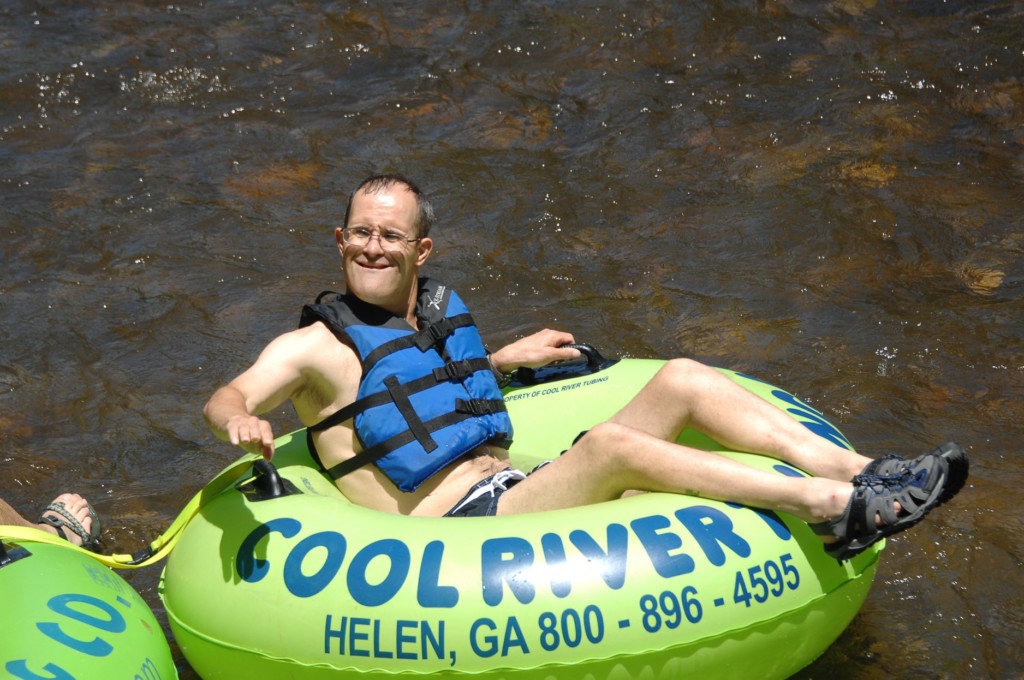 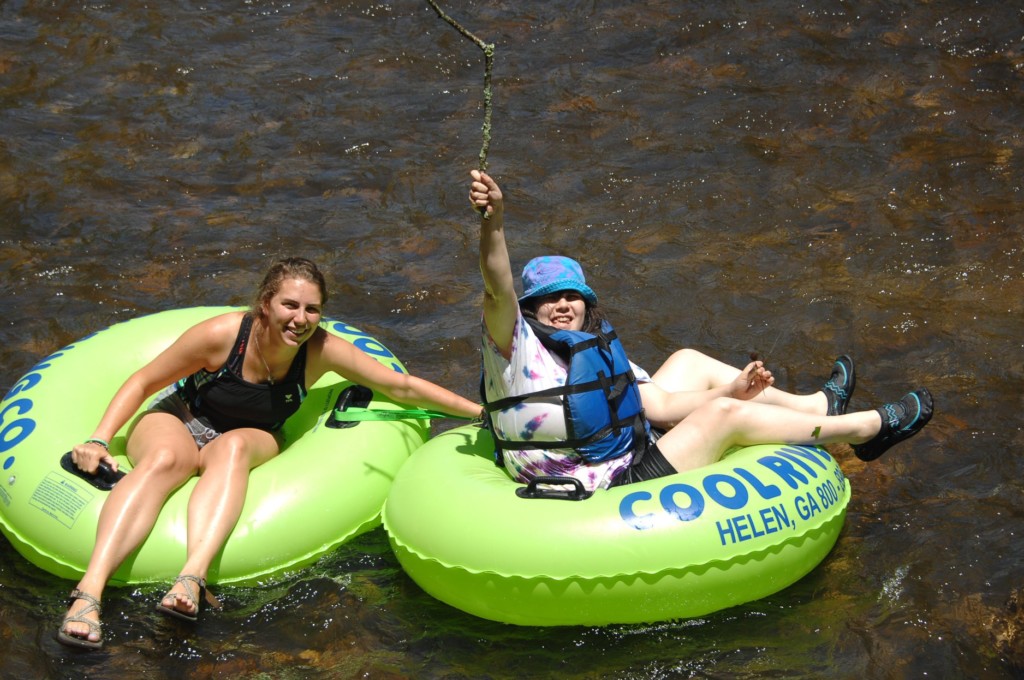 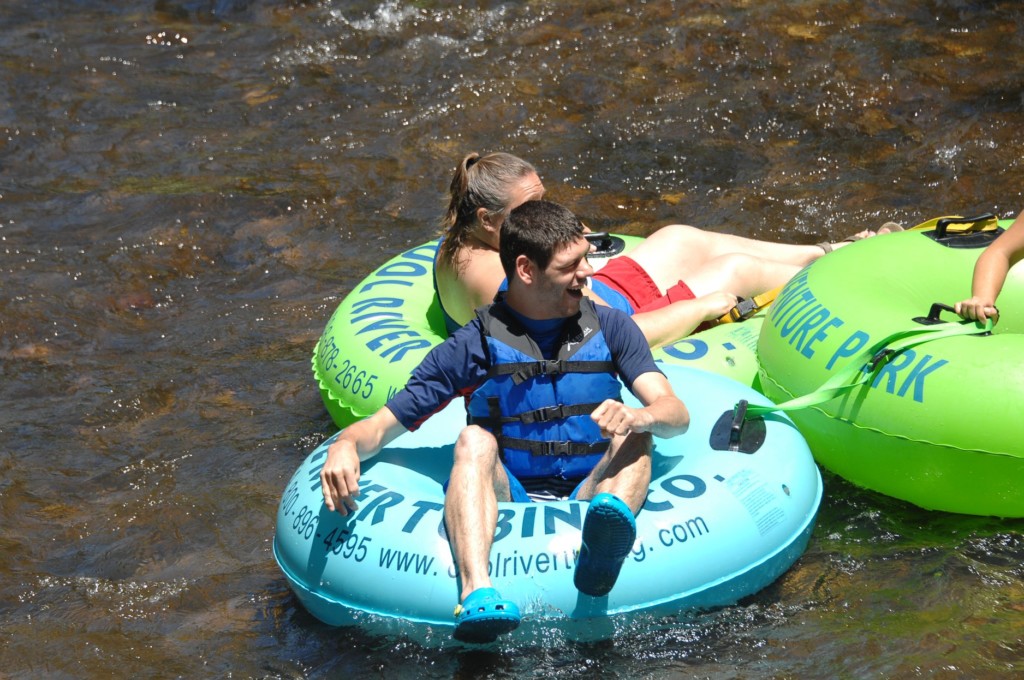 On our last day of NKA field trip week, we decided to go for double the fun and invite our Club Double Play campers along for tubing in Helen! Our veteran campers made an exception to the ‘no kids allowed’ rule and taught the kids how to have fun at ESP. We all packed up on the buses and headed to tube down the Chattahoochee River.

Our campers were really great all day! They were patient when waiting their turn to get on and off the bus as well as into and out of the river. A few campers were scared to get in at first, but by the end of the tubing were yelling in joy and laughing with their buddies!

Joshua and his buddy Ryan, in particular, were having a great time going down the river. They kicked back, relaxed and (quite literally) went with the flow of the river.

For all of their patience, the campers enjoyed cookie cake and ice cream after lunch! Then we loaded the buses and just about everyone took a nap on the way home- a true testament to how fun our No Kids Allowed Field Trip week really was.

To come meet these campers, buddies and hear all the tales from their field trip week join us for Friend Friday July 12 and 19! Friend Friday is an energetic way to start your day with Flag, our crazy time of dancing and celebrating campers, or through a cup of Java Joy coffee. Either way, your Friday morning will be extra special.